Penguin’s Revenge is a hockey puzzle game. You swipe the screen to launch a hokey disk ans score goals. Care though! You have a limited number of shots, and hitting an opponent will consume even more shots. Gladly your teammates can help you with that. Hit them for bonus shots!

Lead the penguins to victory against wolves, bears and yetis on 50 amazing levels.

Penguin’s Revenge was Keeplay’s second indie production along with Buggy Farm. At this point we had already launched ZomBinLaden on both iOS and Android platforms. We have then decided to go for two more indie productions. And we decided to develop them with two separate teams.

During these projects I had to manage two teams. We didn’t have a framework to help us integrate plugins and differences between platforms. So this was a tough. I was taking care of game design and development process on both games, thus I didn’t contribute much with the programming apart from plugins integration.

Penguins’ Revenge was first released on iOS and Android in March 2012 and later ported to Kongregate in August 2013. 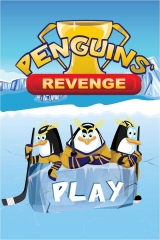 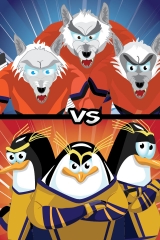 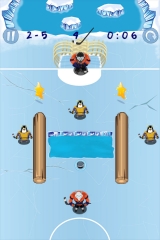 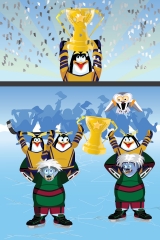